As a Math Tutor in Hong Kong, one of the most frequent remarks made by students and adults alike is ‘When and why am I ever going to use this sort of mathematics?’. The first step towards understanding this is to think about how science and technology has progressed and transformed the way we live, especially during the last century. The applications of math is probably the most convincing reason for most people. Yet, math isn’t just a tool employed by science. It’s also a subject in and of itself. Although it can be abstract, it’s also precise.

The Need for Mathematical Thinking

Granted, the majority of people won’t ever use or need anything beyond arithmetic. Mathematics started a long time ago. Many historical civilizations including Greece, China, Egypt and India explored the nature of mathematics and found applications for them.

For example, Pascal’s Triangle was discovered in China in 1261, when Yang Hui wrote it out up to a depth of six. In India, the number zero was introduced into the number system, making great contributions towards arithmetic and algebra. The Indians also made advances in trigonometry, where they explored various ratios and properties of the triangle. In Greece, perhaps the most famous theorem of all was formalized by Pythagorus.

In the modern society we live in, we employ, often indirectly, the services of architects, engineers, computer programmers, physicists, financial analysts, economists, geologists, statisticians, weather forecasters, aircraft designers, bookmakers, etc. and all of these fields rely on different aspects of maths as the primary tool of analysis. Even seemingly unrelated subjects such as the visual arts and music can be explored and dissected mathematically. So too can many aspects of nature, society and human & group behavior.

There’s no substitute for interest. Math should be exciting. A person who’s interested in math doesn’t need to be a geek. If students are inspired to study and explore, then their mathematical ability and observation skills will improve naturally. Even if the learning curve is steep, the drive to discover develops a desire to experiment and learn.

Unfortunately, in the traditional school model, students are not taught to have a questioning nature, only an answering one. They simply expect teachers to assign rote homework exercises. There is no encouragement for students to discover things out for themselves.

In turn, teachers themselves need to have inquiring minds themselves for them to have any real passion for teaching. However, many of them, especially in high school lack this essential quality. Perhaps they’ve lost some of their passion for the subject in the long hours of teaching using the same rote methods or maybe it’s the hundreds of uninterested students they’ve had to teach in their careers. Either way, a teacher’s enthusiasm is a prerequisite if students are to develop interest.

Every math problem that’s solved independently promotes a sense of achievement and self-accomplishment. It may not be exhibited externally, but a correct answer arrived at independently by students from critical thinking helps immensely to build their confidence and eventually, a willingness to tackle more involved problems and challenges. 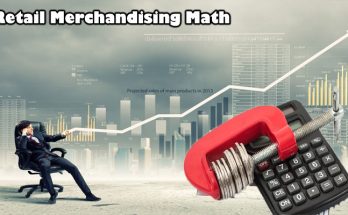